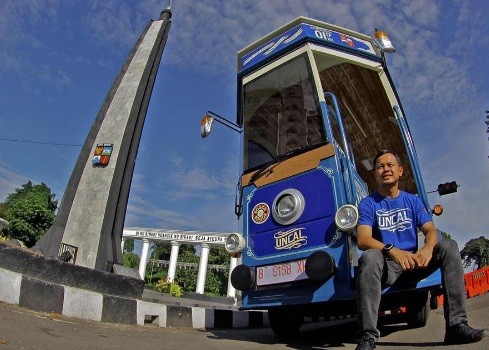 The newly launched free Bogor city tour bus is set to operate from Friday to Sunday every week.

“Since we currently only have one bus available, its operation will be limited from point to point, departing from Botani Square and returning there again, free of charge,” he said as quoted by kompas.com.

As Bogor’s first city tour bus, the bright blue-colored vehicle is equipped with 13 two-person passenger seats, meaning it can accommodate a total of 25 passengers per trip.
Bima said that the administration planned to gradually add more buses. “We need at least six buses to serve six districts in Bogor,” he said, adding that it encouraged private companies to contribute in providing the buses. The first unit is said to be donated by BJB Bank.

“Hopefully, when we have more city tour buses, they can help decrease traffic congestion. So tourists who arrive in Bogor will not have to use private vehicles to explore the city.”

The name of the bus is the result of a competition held among Bogor residents. During Uncal’s first weekend in operation, Bima will reportedly be the tour guide and accompany visitors circling the West Java city.